They think we should live in, like, hell — no not hell. It’s just hard, really hard to get a job, to live on your own, get money. Especially the young ages - like, all around the 20s - ‘cos there aren’t many jobs you can take. Even if you’ve graduated with a Masters degree you can’t really take a good job ‘cos all the jobs are taken. So yeah, most live at home with their parents.

If you’re living by yourself, you have to pay a lot of rent so it doesn’t really make sense to save any money. That’s why I decided to go out ‘cos I’d been there a while. They don’t even think about wanting to go out, to explore, ‘cos i think they don’t know what they could get by exploring.

So that’s why I decided to go out and write about my experiences after I finish this chapter. By living in Bristol I feel like it’s just the same world, not a different planet. But also I can realise there are a lot of things that don’t really make sense here… 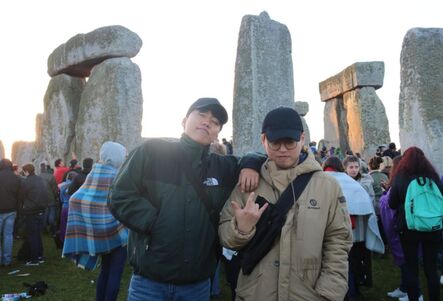